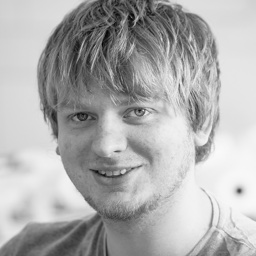 As a regular commuter of over 10 years, traveling between Urmston and Manchester on the Liverpool line has become extremely frustrating, exhausting and costly. I often arrive at the station and discover that there is no train, so I wait for the next one, which inevitably is too busy to get on. Most of the time this results in me having to pay for a taxi to get to my destination.

We don’t ask for much as the customer, do we? We pay hefty prices for a service that may or may not turn up.

By April 2018, I was so frustrated with the situation I decided to do something about it.

The concept of the Northern Fail app was born.

The initial purpose of the app was to automatically inform me of any last-minute cancellations.

Using a platform called SPINR to help aggregate Northern rails announced cancellations, I built an app using open APIs which would display updates daily via a push notification. With no historical navigation of the cancellations you would simply select a station and be notified of any cancellations.

The design of version one in Adobe Illustrator

And I was going to leave the app at doing just that – notifying me of cancellations – and I would carry on complaining about the trains to everyone in the office.

That was until Carlos Oliveira (my boss), shared a tweet by Andy Burnham (Mayor of Greater Manchester) with me and it reignited my fire.

After posting the initial idea in our Microsoft Teams chat I started receiving encouragement from my network and colleagues. So, I decided to develop the app further and make it more useful for others too.

I had noticed that the statistics reported in the news weren’t including “part cancelled” services – and locating this information isn’t made easy on the Northern’s Journey Check website either – they list them under the misleading title “Other Train Service Updates”.

Discovering this new category of updates and realising that the situation was probably worse than what was being reported, I invented the phrase “Part Cancelled” and included this data into the app, updating the design to accommodate it.

A few days later and the Northern Fail app you can download today was born.

The data unlocked by the Northern Fail app does get put in the public domain but only in real-time and therefore soon disappears from view. The app gives historic access to that real-time data and commuters, politicians and journalists have been using the data as a reference point to voice arguments. See below for a selection of tweets.

The first day of Northern trying to run full services on both South Cumbrian lines and already they've cancelled 7 on the Furness Line. Govt seem obsessed with giving their mates at Northern a chance. Why not actually give passengers a chance of a reliable train service instead? pic.twitter.com/RtRYudpAbk

Today I am walking from Windermere to Oxenholme to support the campaign to #SackNorthern - please like & share our posts & help us get our message heard. Northern Rail are ruining lives & businesses.#Cumbria #Notjustlakes #LakeDistrict pic.twitter.com/DLNJpe6Jic

Another day, another month... but same old Northern Rail. pic.twitter.com/EaTAZwgdZt

⚠️ 7 trains cancelled today at Blackpool North 34 in total. Northern cant even deliver this drastically reduced timetable, how on earth are they going to deliver 75% of the full timetable on Monday? The Government needs to step in now, the time for talk has passed #NorthernFail pic.twitter.com/pVjan9Piqh

Nice to see the Northern Fail app being used as ammo in parliament as part of the grilling against Chris Grayling the transport secretary on Monday.. Good job @northern_resist @northernfailz and everyone else helping get this out there! #NorthernPowerhouse @AndyBurnhamGM pic.twitter.com/8S2vEzctdb

Today the NORTH is speaking with one voice. Great to see so many regional press on the side of the people and highlighting the continued pandemonium of our railways. If this was in London the Government would have intervened long ago... #NorthernFail pic.twitter.com/8KlshW1hcK

The app has been downloaded over 15,000 times, featured or referenced in over 40 written news articles including the Huffington Post, The Guardian, BBC and ITV.

Without the app, news reports on the scale of the situation would be based on incomplete data. Today, the case for change can be made even stronger by making the data more accessible. And that’s what the Northern Fail app is enabling.

In my next blog I’ll talk about how the app was made using the SPINR platform and taking an API-first approach. Do you have any questions you’d like me to cover about the making of Northern Fail? Write them in the comments below!

Back to Blog
Author

Nick is a UI & UX Engineer for SPINR, he has a passion for React that few others can match and he is obsessive about crafting slick and intuitive user interfaces across web and mobile.

Find out how APIs can help your data management and integration challenges with this free E-Guide.

Latest from the blog